What Science Has to Say About Warming Up Before a Workout 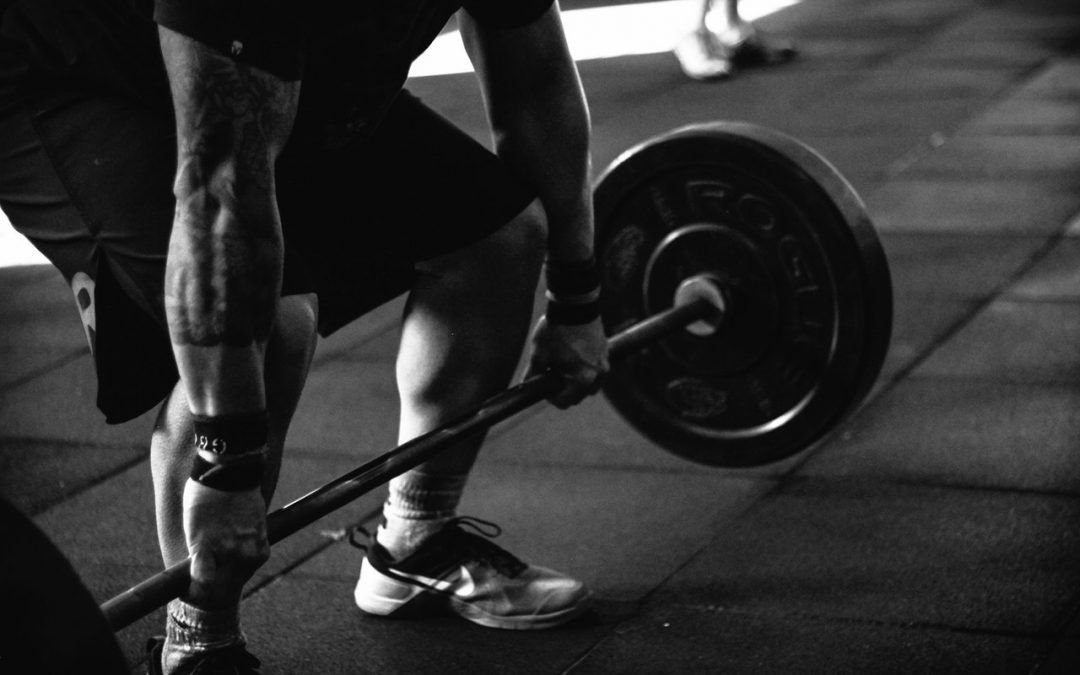 Walk into any gym, and you’ll see people walk straight through the door and make their way to the free weights. One person may grab a 30-pound weight and quickly start their first set of overhead presses.

But you’ll also see others “warming up before a workout,” using just 5 or 10 pounds to get their muscles moving before performing shoulder presses. Others may decide to jump on the treadmill or elliptical to warm their body up before going into their routine.

Do you need to really warm up?

What Science is Saying About Warming Up

Arnold Schwarzenegger warmed up before exercising, and so have many of the world’s greatest bodybuilders, powerlifters and athletes.

A study from 1985 was conducted to better understand the benefits of warming up.

You see, the goal of warming up is to increase your body’s overall temperature.

Specific warm-ups seem to work the best because they warm up the muscle that will be doing the exercise. So, for a bicep curl, you may perform 10 reps with 10 pounds to warm the muscle up before moving to 15 pounds and then to 30 pounds.

Temperature-dependent physiological processes are the main benefit of warming up, and this increase in body temperature will do a few things for you:

When exercising, ATP allows the muscles to work and contract. ATP is responsible for the storage of biochemicals and the usage of energy.

As ATP is used, the body will produce metabolic byproducts and lactic acid, which needs to be carried away from the muscles and sent to the liver to be eliminated. An increase in blood flow helps these natural processes take place, making your body work more efficiently.

Any muscle contraction in the body will require ATP to create the biochemical reaction to take place.

Nerve impulse speed and sensitivity will allow the muscles to fire rapidly and more efficiently, allowing you to push or pull the weight with greater ease.

Activation energy rates will be reduced when warming up, allowing you to perform extra repetitions if needed.

Muscle viscosity is reduced, too. Viscosity is the process in which the muscles will become lubricated, allowing you to lift heavier and slowing the contraction. Contraction effectiveness is improved, too, allowing for a better overall contraction and results.

Another study from 2010 was published in the Journal of Strength and Conditioning that examined the effects of warming-up on physical performance. The assessment, which analyzed 32 studies, found that there was evidence that showed warming up helped improve performance in 79% of the examined studies.

There was little evidence to show that warming up was detrimental to sports athletes.

The Journal of Science and Medicine in Sport also looked at warming up with a weighted vest for runners. Weighted vests, which were 20% of body mass, were used for a warm-up, and the results found were significant.

Participants in the trial performed the following:

Weighted and non-weighted exercises were performed, and after a 10-minute rest, it was found that leg stiffness was moderately improved (20.4%) while peak running speed increased by 2.9%.

What the researchers believe is that using a weighted vest in a warm-up will help with competitive endurance performance, too.

Now, the weighted vest may not be used in your warm-up, but it does show that different warm-up methods can have different impacts on your overall performance. An additional study suggests that warming up on a cardio machine is most beneficial when starting off slow and gradually increasing intensity during the warm-up.

A 2007 study found that a warm-up will also produce a small reduction in onset muscle soreness.

How Important is Warming Up Before a Workout?

A lot of people head into the gym, start their sets and really never perform a warm up. If you’re in this category, chances are that you’re short on time and think warming up is a waste of time. But there are a lot of great benefits of performing this key activity:

Benefits of Warming Up Before a Workout

Dynamic Stretching as a Warm Up

Warm up exercises can include lifting light weight to increase blood flow to your muscles. For example, ,if you’re working your upper body, specifically your biceps, you can warm up with:

You can also choose to perform a compound exercise before performing heavier sets. But you also have the option to add in stretching exercises to loosen up tight muscles and alleviate muscle tension. A dynamic stretching routine may include:

A dynamic stretch should be part of your workout routine. Dynamic movements, or range of motion movements, are a good addition to a training session. If you plan on rigorous exercise, you can increase your exercise intensity with a dynamic stretch.

What Professionals Have to Say About Warming Up Before a Workout

You want to look at, and sometimes, replicate what the world’s top athletes are doing.

Because these athletes are putting their own ideas to the test. Who would you rather listen to: a scientist that conducted one random study on warming up, or an athlete that has been warming up for decades with amazing results?

Some of the best information in the bodybuilding and power lifting industry comes from trainers or athletes that have exceled in everything that they do.

What are these people saying about warming up?

Jim Stoppani, someone that I admire and follow in the fitness world, recommends dynamic warm-ups because a static warm-up, such as stretching, has been shown to be detrimental to your power, strength and speed. He recommends warming up when doing heavy weight, performing several sets prior to performing 3 – 5 reps of a really heavy weight.

If your rep range is in the 12 – 15 range, the first few reps will act as a warm-up and you probably won’t need to perform a warm-up in this case.

Eddie Hall, The Beast, World’s Strongest Man in 2017 and holder of the 500 KG deadlift record, also warms up, albeit with insanely heavy weight for us average mortals. You can see him warming up for the log press with a “light” 60kg for 40 reps. in the video below.

He’s a beast to say the least, and he also warms up.

Now, if you’re wondering why you never see people warm up on Instagram, it’s because there’s nothing “impressive” when warming up. Do you want to see Kirill bench 45 pounds, or do you want to see him bench 400 – 500 pounds like it’s a paper weight?

I think we’re all looking for the impressive lifts when we’re on Instagram.

But when these athletes are in the gym, you can be sure that they’re warming up their muscles, often performing a dynamic warm up, so that they can push more weight and reduce their risk of injury.  You, too, should be warming up before a workout.